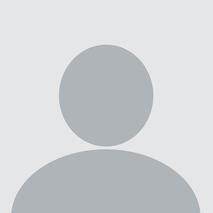 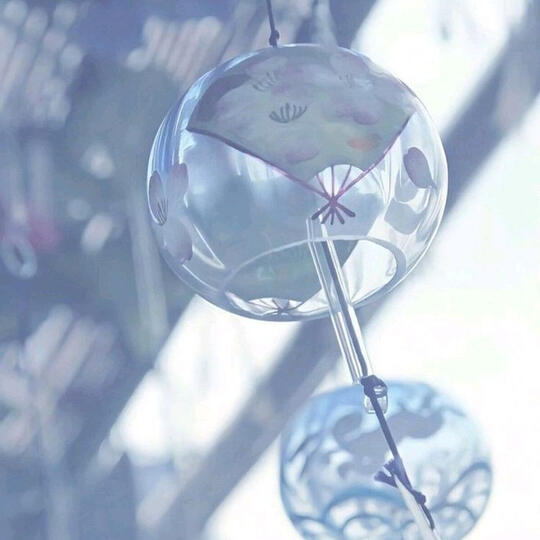 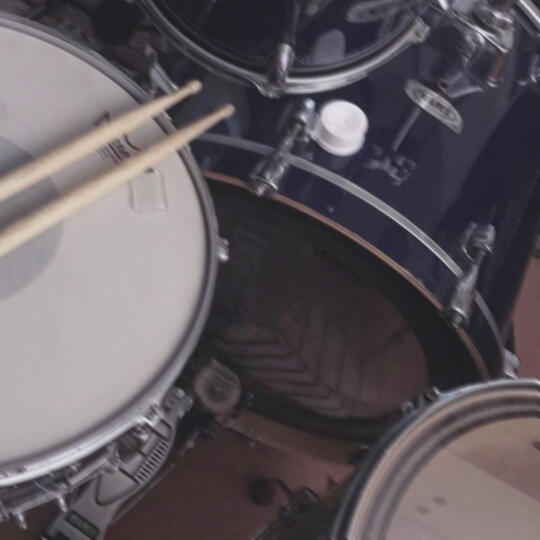 669 likes
szkzclyd i don't understand why people are trying to fight me 🤷PERSONALITY➕ Carefree, Optimistic, Animated, Affectionate, Playful, Self-assured
➖ Emotionally withdrawn, Distant, Sloppy, Impersonal, TactlessWithout a care in the world, Clyde does his best to live life to the absolute fullest. With bright eyes and a light heart, every day is a walk on the sunny side of the street. Holding an optimistic outlook on everything around him, he’s not one to think badly of others and generally expects others to feel the same. There might be some truly evil people out there, but they are definitely outliers! He’s sure that there’s more than a little goodness in everyone and his naivety in that sense leads to quite the shock when others don’t take kindly to his easy-breezy way of living. Without the woes of puberty and teenage angst plaguing every fiber of his being with awkwardness and negative energy, he’s definitely good at garnering it all towards himself from others. Some may mistake his careless and happy-go-lucky ways as off-putting and inappropriate and his thoughtless way of talking and ignorance to the sensitivity of others make him extremely tactless. Without a doubt, this guy’s got it good and he’s blissfully unaware of the situations of others. Still, Clyde couldn’t hold a mean thought in his brain and any actions interpreted as malice may be simple jest in his head.Surely all of this seemingly toxic positivity must be some kind of coping mechanism for something deeper and darker within…..right? Though no matter how much one may pick and prod at the layers of Clyde’s behavior, they may find their efforts fruitless. Clyde is so withdrawn from his own emotions that any feeling differing from his usual energetic self does not register as such in his brain. He’ll find it hard to feel true sadness or anger and he can’t remember when the last time he genuinely shed a tear was. Rather, all that energy is channeled into passion and baseless self confidence. A ticking time-bomb waiting to go off, it’s only a matter of time before his hard exterior can be broken. But for the time being, he’s packed on layers and layers of self assurance and assertiveness onto that hard head of his. There’s nothing really that can phase him and his will isn’t easily broken. While that can be a plus for Clyde, he’s finding that his attitude or lack thereof is putting a strain on his relationships. Never truly feeling and never truly understanding, he’s a pain in the side for those who have to constantly explain their feelings to him.It’s always a walk on the tight-rope for Clyde whether he’s aware of it or not. Expressing himself a little too excessively, he’s always chipper and carries himself in a way that’s animated, lively, and a bit reckless. He harbors a great love for everyone around him and is extremely doting and affectionate especially to his underclassman. Overbearing and just downright annoying, his affection is more like smothering and can be a great annoyance to those who do not like that kind of attention. But the more someone resists him, the more he’s likely to keep persisting. If he isn’t careful, he could end up pinned as a bully or Public Enemy no #1. Despite his lack of personal boundaries and exterior as a social butterfly, he’s sloppy with the way he interacts and some may find they can only reach superficial, surface-level relationships with Clyde. Closed off for no good reason, he sees everyone as equal and sometimes can't differentiate the complicated levels of friendship of those his age. He could forget your name at any given moment or you could spend every day eating lunch together only to find out that you’re just a deskmate to him…! One day Clyde will learn a thing or two about empathy or even some basic human decency. Perhaps he just needs a little bit of guidance to get there, though… 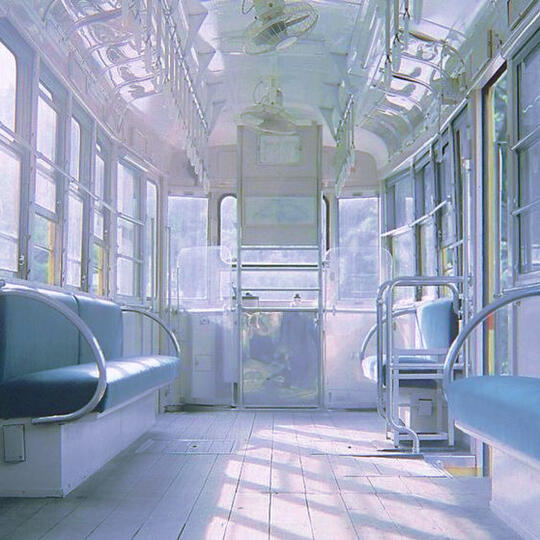 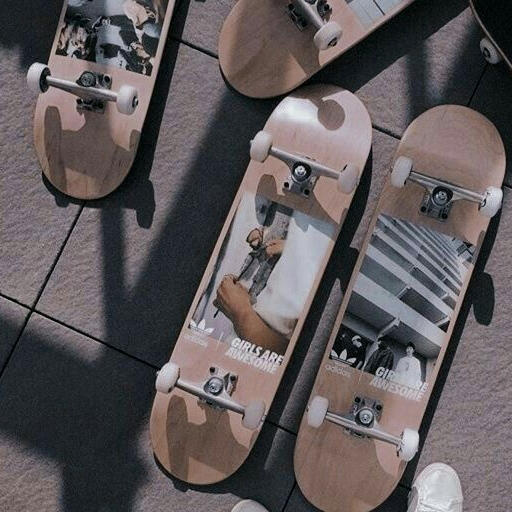 420 likes
szkzclyd💟LOVE IT!!💟~⠀♥ Cute and fluffy kouhai whose eyes sparkle and ⠀⠀⠀move like fuwafuwa
⠀♥ Kouhai who are a little shy and awkward and ⠀⠀⠀fidgety but have cute blushing faces
⠀♥ Kouhai who are a little mean but have a gap moe ⠀⠀⠀cute side to them
⠀♥ Wild and tough kouhai who want to beat me up
⠀♥ Kouhai who don’t have their own allowance ⠀⠀⠀money and get happy when they are treated to ⠀⠀⠀snacks
⠀♥ Kouhai who try really hard to look cool and ⠀⠀⠀dependable
⠀♥ Kouhai who are studious and mysterious especially ⠀⠀⠀in the library
⠀♥ Capable and athletic kouhai who will achieve more ⠀⠀⠀than I ever will in my life
⠀♥ WcDonald’s Tsukimi Burger Big Size⛔HATE IT!!⛔⠀✘ Wet socks
⠀✘ Sitting still for too long
⠀✘ Mismatched sticks
⠀✘ No dubs in a sesh🖨️FAX🖨️⠀🡆 Clyde's hair is always a bit wind tousled⠀🡆 Talks very loud…maybe too loud! No one knows ⠀⠀⠀why⠀🡆 Plays a variety of percussion instruments
⠀⠀⠀⠀Snares (main)
⠀⠀⠀⠀⠀Timpani
⠀⠀⠀⠀⠀Tambourine
⠀⠀⠀⠀⠀Triangle
⠀⠀⠀⠀⠀Cymbals
⠀⠀⠀⠀⠀Gongs⠀🡆 He’d like to learn more instruments and is ⠀⠀⠀especially friendly to musicians⠀🡆 Some other instruments he plays are:
⠀⠀⠀⠀Electric Guitar
⠀⠀⠀⠀⠀Harmonica
⠀⠀⠀⠀⠀Keyboard/Piano
⠀⠀⠀⠀⠀Saxophone
⠀⠀⠀⠀⠀Bass Guitar
⠀⠀⠀⠀⠀Harp⠀🡆These days he’s really into Bossa Nova⠀🡆 He doesn’t know how bad he is at playing games⠀🡆Clyde is only a quarter mixed
⠀⠀⠀His father was half Japanese-half American/German⠀🡆 He is banned from 5 different WcDonald’s across ⠀⠀⠀Japan⠀🡆Really hates closed toe shoes no i am not into ⠀⠀⠀feet this is very painful for me too 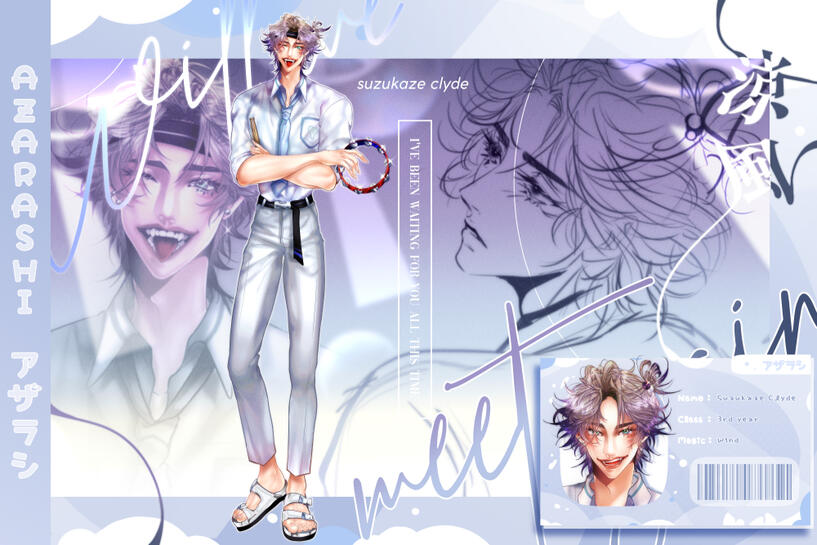 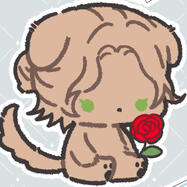